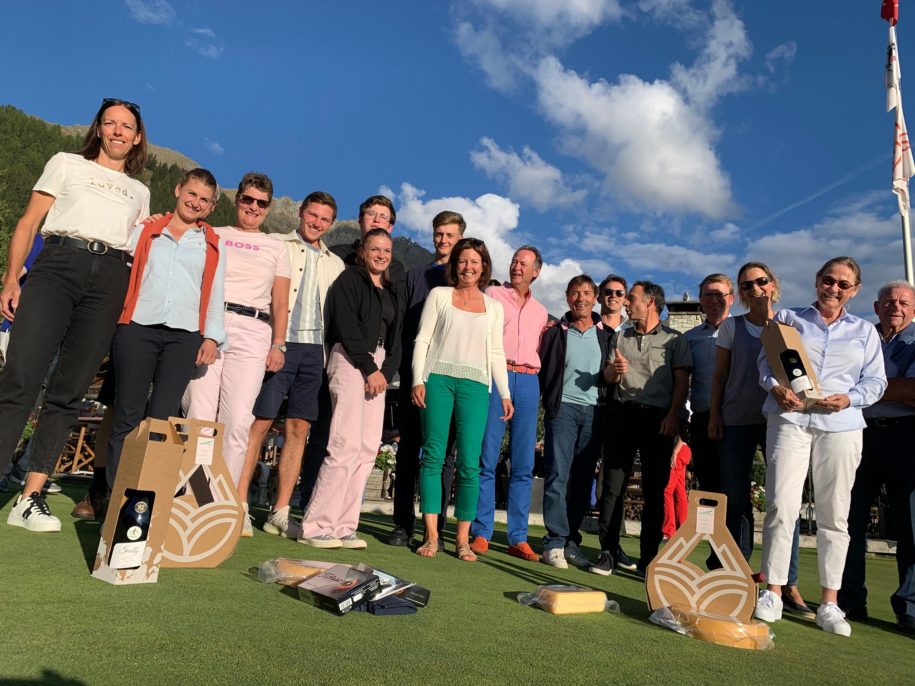 After the 1st Round the suspense in the men’s A series was at its peak. 4 players achieved the same score with 80 (Benoit, Alan, Nick and Vincent). In the women’s A series, Marie Corthay had two solid rounds with an identical score on both days, 78. Find below the winners of each series with the family photo on the putting green of Les Esserts.